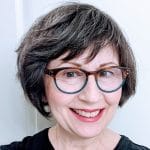 What’s in a name? I have been known by many names. To this day there are two; Katherine and Kitoula. Here’s an explanation:

Ekaterini is my Greek baptismal name. I am named after my maternal grandmother and the 4th century Saint Ekaterini or Katherine of Alexandria. If you want more historical background on this saint “google” the “Katherine wheel” or the “relics of St. Katherine on Mount Sinai”. It is said that St. Katherine announced to her parents that she would only marry someone who surpassed her in beauty, intelligence, wealth, and social status. This must have been very difficult to accomplish so she changed her mind about marriage and decided to follow Jesus. But I digress…anyway, the first name on my USA birth certificate is Katherine.

Now for some quick history behind my maiden surname. In the 1900’s my Great Uncle Haralambos (Harry) Deliyanis arrived at Ellis Island like all immigrants to America and there his Greek surname Deliyanis was changed to Dallas. Yep, they often did that kind of thing on Ellis Island. So Haralambos Deliyanis became Harry Dallas. His nephew, my Grandfather, Constantine Deliyanis became Gus Dallas. So, the surname on my USA birth certificate is Dallas.

Kitty is the nickname my mother, Matina, gave me. (I love my mother’s name. It’s derived from matin, the early part of the day or morning.) She said there were too many Kathy’s in our neighborhood and she wanted to distinguish me from all of them.

Little did my mother know that in the Detroit schoolyard I would be mercilessly teased with a Gunsmoke ’60’s TV show – rhyme: “Marshall Dillon there has been an awful killin’. Someone shot Miss Kitty in the titty and now there’s milk all over Dodge city.” Ugh, I am able to divulge this horrendous emotional trauma only after many years of psychotherapy.  😉

Years later, my cousins decided to put a Greek spin on Kitty and called me Kitoula. This pleased me a great deal because it put a wonderful psychically cleansing wash over all that playground trauma.

When I began to work professionally in corporate America in 1986, I used the name Katherine because there had been some studies done on women’s names that ended in the sound of ‘y’, sounded “sexy”, the obstacle of the “glass ceiling”and scaling the corporate ladder. Apparently, when choosing women for jobs or promotion, men were prejudiced by the “sexiness” of women’s first names. I decided if going by the name Katherine, instead of Kitty, was advantageous to my career, then why not? After all, it was the name on my birth certificate and by then, my Michigan driver’s license.

In 1987 I married John Hammond. Now, on my Michigan driver’s license, I am Katherine Dallas Hammond. That’s a very English name for a 2nd generation Greek American girl.  So when I decided to start this blog to channel all my Greek sensibilities, I chose the name dearest to my Greek heart: Kitoula. Kitoula is here on this blog as well as on Twitter and Facebook.

I have other social media profiles as Katherine Dallas Hammond. Katherine’s micro-blog posts are about social media, politics, and subjects that appeal to my more American nature. In my professional life as a content strategy consultant, I help organizations online with social |web | video. I spent over a year on the leadership team of  Social Media Club Detroit. I have also taught 50+ Seniors how to navigate the social web at my local community center for several years. I was also an Assistant to the Resident Chef, Chef Instructors and Guest Chefs at a local Sur la table cooking school.

Back to Kitoula, where I am all about being a mother and grandmother or “Yiayia.” Here I share Greek recipes and stories about family, and fun. Please subscribe to my emails and get recipes & blog posts sent directly to your Inbox every month.

Thank you so much for visiting!
Kitoula