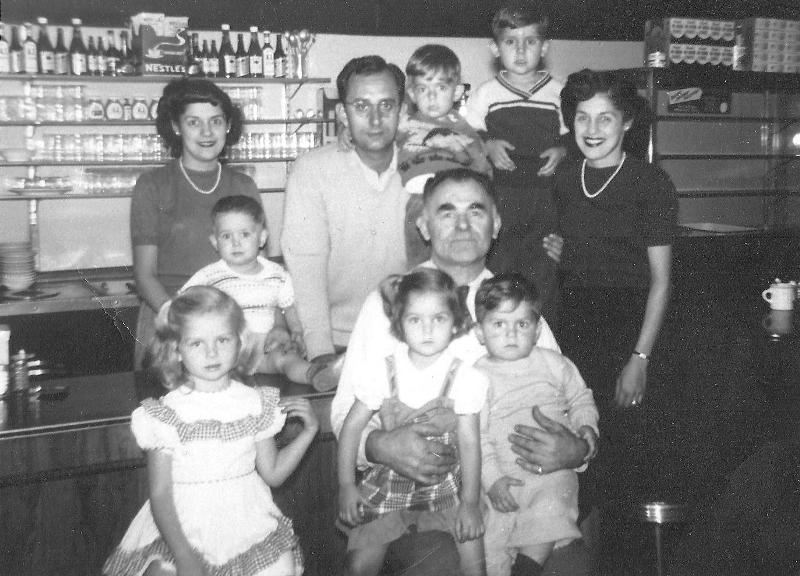 I just converted this photograph to a digital file. It was taken in the early 1950’s, of my maternal grandfather, Emanuel Yanoulis, and his family, at his restaurant on the east side of Detroit near the Chalmers Motors/Chrysler Jefferson Assembly plant in Detroit. So you see cooking & cars run in my family!

Many Chrysler auto workers ate breakfast, lunch and/or dinner at my grandfather’s restaurant. Here’s a photo of a Chrysler Town & Country, which was a model they made at that time. Also, my father worked for Ford Motor in Dearborn for over 30 years. More evidence of cooking & cars. 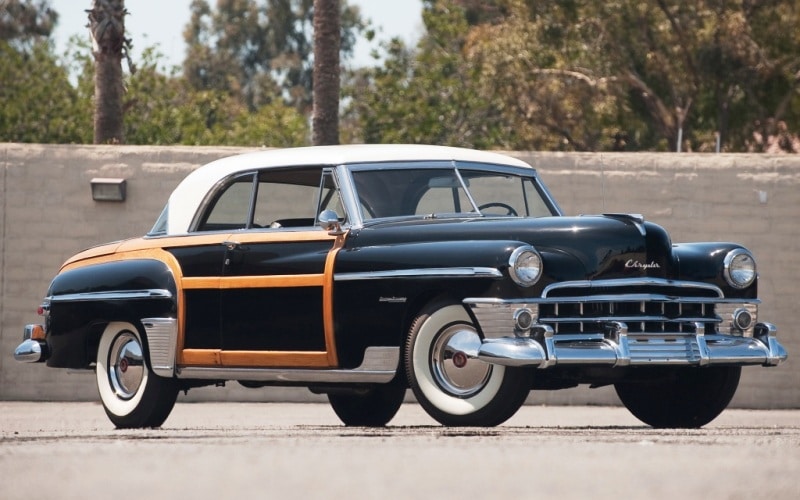 Lots of Greek and Detroit history in that family photo. And don’t you just luv this car?!!

The stats helper monkeys at WordPress.com mulled over how this blog did in 2010, and here’s a high level summary of its overall blog health:

The Blog-Health-o-Meter™ reads This blog is doing awesome!.

A helper monkey made this abstract painting, inspired by your stats.

In 2010, there were 13 new posts, growing the total archive of this blog to 32 posts. There were 14 pictures uploaded, taking up a total of 7mb. That’s about a picture per month.

The busiest day of the year was May 24th with 76 views. The most popular post that day was Gleek Retreat was truly a retreat….

Where did they come from?

The top referring sites in 2010 were WordPress Dashboard, facebook.com, hootsuite.com, ht.ly, and stumbleupon.com.

These are the posts and pages that got the most views in 2010.

Gleek Retreat was truly a retreat… May 2010
6 comments

I participated in my very first Twitter party on Tuesday, May 25th. It was intense. I had been to many #Tweetea events. So, I thought I would be a natural. OMG was I ever wrong. First of all it was totally virtual. And there were tough questions that were asked about hot topics on blogging. Also, there were several giveaways that participates could win by tweeting a specific #hashtag.

I signed up first on the Savvy Blogging website. Then they followed me back on Twitter.  At the time of the event I followed along via Tweet Grid / Tweet Chat. I couldn’t decide which one I preferred. 200 Bloggers participated. 30 or more tweets would be posted in response to a question or give-away simultaneously at any time. Try following a conversation of that volume and tweeting at the same time! Yikes! I thought my laptop was going to explode!

But I started to have fun when some friends I had met at GleekRetreat, who were also participating, noticed me via the #SavvyBlogger hashtag and started having side tweets with me. Then the giggle fest started. I relaxed and it all became easier.

If you have the chance to participate in a Twitter party, do it. It’s an experience you won’t forget.